You can switch off notifications anytime using browser settings.

$137 bn at stake: How the divorce can impact global wealth ranking of Jeff Bezos

A look at the unusual statements that some of the wealthiest couples of the world made when calling it quits.

Children: The couple have three sons and a daughter. 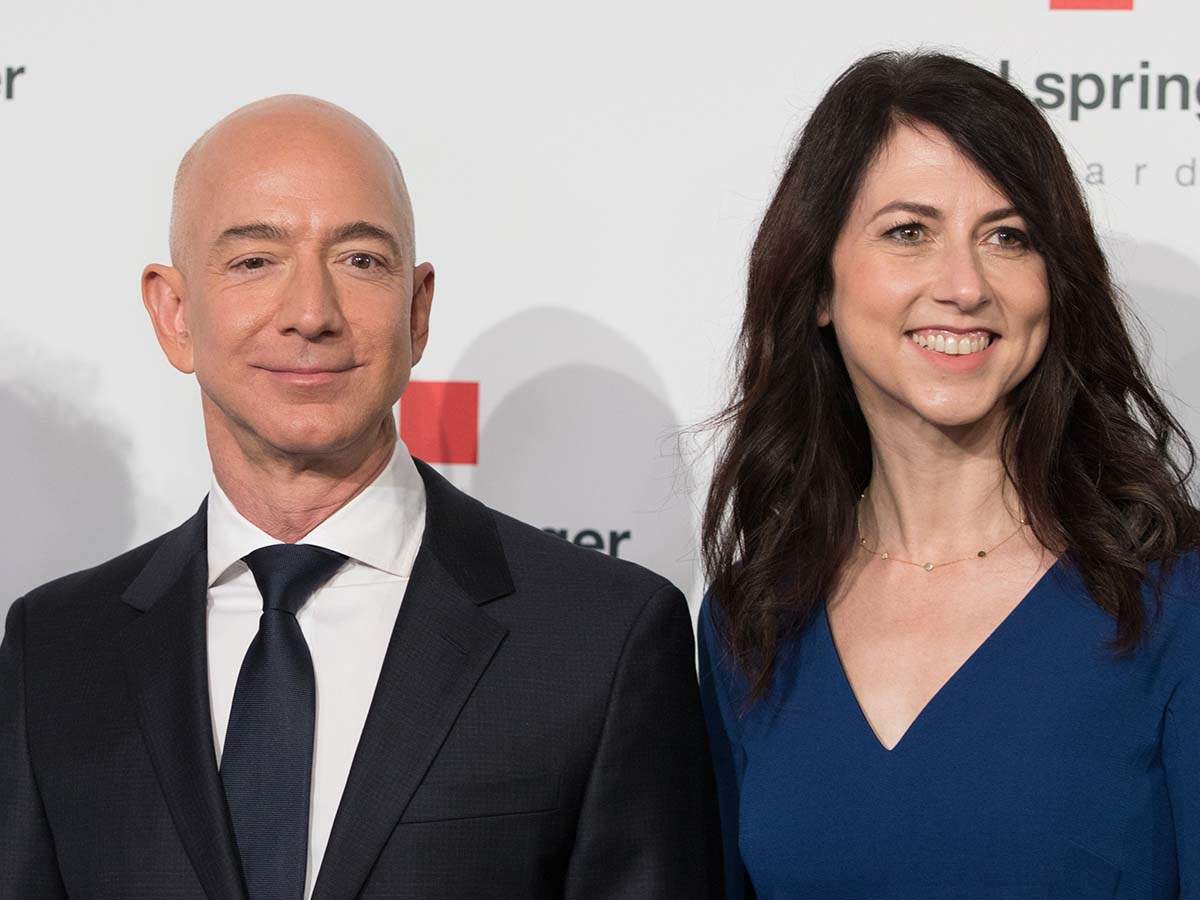 Recently, Amazon founder and billionaire Jeff Bezos and his wife MacKenzie announced theirdivorceon social media. The couple put out a rather unusual statement, saying, If we had known we would separate after 25 years, we would do it all again.

Net worth: Al Mana is worth $1 billion while Jackson has $175 million

The American pop singer and the Qatari business magnate married in 2012 before deciding to split ways in 2017. The singer posted a video clip on her Twitter account and announced her split. She said Yes, I separated from my husband. We are in court now and the rest is in Gods hands. Al Mana also posted a quote from the Quran on his website after news of the split broke. Jackson was reportedly in a battle with Al Mana over $250 million in alimony

When the actress and Coldplays Chris Martin decided to part ways, the couple put out a joint statement which said that they were consciously uncoupling. The statement read We have always conducted our relationship privately, and we hope that as we consciously uncouple and coparent, we will be able to continue in the same manner. The phrase instantly became a part of the colloquial lexicon.

Net worth: Woods has a reported net worth of $800 million

Children: The couple have a daughter and a son.

The golfer had a billion dollars in the bank, the perfect family and was at his career best when news of his numerous affairs broke. The couple decided to split and said that their marriage was irretrievably broken. Woods also put out a statement saying Im human and Im not perfect. I will certainly make sure this doesnt happen again. This is a private matter and I want to keep it that way. Nordegren received $100 million as divorce settlement.

The Russian billionaire separated from his wife of many years in what is dubbed the most expensive divorce in history. In her divorce petition Elena cited the serial infidelity of her husband and a prolonged period of strained marital relations. Elena was granted a record $4.8 billion in settlement, which was later appealed and reduced to 564 million Swiss francs.

Goodbyes are hard. For the rich and famous, calling it quits with the partner is tragic, and can also make a dent in the pocket as well. Recent times have seen some shocking and unexpected divorces which created headlines for days, even weeks. Heres a round-up of 8 such high-profile divorces that came out of nowhere.

Amazon boss Jeff Bezos and his wife of 25 years, MacKenzie, splitting up has sent shockwaves. The relationship that began at a New York hedge fund is coming to an end after 25 years. The world is still coming to terms with the fact that this happened a little over a year after Bezos became the worlds richest man. The split, however, has caused investors to worry over Bezoss control on Amazon. If the Amazon fortune is split equally, MacKenzie will become the worlds richest lady with $69 billion. This update came hours before a tabloid newspaper tweeted that they planned on exposing the split. The tabloids later reported that Bezos had been in a relationship with former TV anchor and helicopter pilot Lauren Sanchez. Sanchez is also the wife of Hollywood star Patrick Whitesell.

Former movie mogul Harvey Weinstein was married to fashion designer Georgina Chapman for a whole decade. After actresses and women performers accused the media magnate of sexual harassment in 2017, triggering the MeToo movement, it was splitsville for the couple. The two split up in January 2018 after 10 years of marriage and agreed on an eight-figure deal. The settlement which was signed end of last year, has an estimated worth of $15-$20 million. As per the prenup, Weinstein was supposed to pay Chapman $300,000 for spousal support every year. After a decade, the sum is supposed to be hiked to $400,000. The two hold a $15 million New York townhouse and a $12 million beach house in Hamptons. Together they have two children, seven and four.

Tesla and SpaceX boss Elon Musk met his first wife, Justine Wilson, at the Queens University in Ontario. A Canadian novelist, Wilson said that Musk gave her his credit card to buy as many books as she wants in order to woo her. The two tied the knot in 2000, moved to Los Angeles and had a son named Nevada who they lost to SIDS. Later, they had twins and triplets, 5 sons in total. The couple parted ways in 2008. Wilson kept her ex-husbands last name though for the sake of her kids. The tech mogul started dating actress Talulah Riley and tied the knot with her in 2010. Two years later, the news of their divorce became public when Musk tweeted It was an amazing four years. I will love you forever. You will make someone very happy one day. The two remarried in 2013. Musk then filed for and withdrew a second divorce in 2014. Riley then filed for a divorce in 2016 which was finalised by the end of the same year. The two are reportedly still on good terms.

Former chairman of General Electric Jack Welch lost a whopping $180 million after his divorce to Jane Beasley. The couple had exchanged vows in April 1989 and split up after 14 years in 2003 in a nasty and costly divorce. The Welch-Beasley divorce was an example of how the rich couples part ways. Despite Welchs efforts to keep things in private, Beasley filed an affidavit outlining the lavish standard of living of the couple.

Divorce on your mind? Consider this checklist before you cut the marital cord

Bezos divorce might be handled as Quickly as an Amazon delivery

LS passes bill to remove leprosy as ground for divorce

Commenting feature is disabled in your country/region.

Lok Sabha results: Smriti Irani ahead of RaGa in Amethi, and Twitter cant handle it

Trying to shed extra kilos? This one easy trick will help you lose weight

Woman, who accused Karan Oberoi of rape, files complaint after being attacked in Mumbai

Results are out: Hima Das juggles training & studies, secures first division in her 12th board exams

Choose your reason below and click on the Report button. This will alert our moderators to take action