With gloomy threats of Brexit and a general election happening within the coming months, many are worried that foreign wealth might depart the U.K.

That threat was confirmed on Friday, with latest government data showing that over 12,000 individuals have given up their non-domiciled status.

This unique, and almost oxymoronic term, allows foreign individuals to avoid paying tax on any non-U.K. income by declaring their real domicile is elsewhere. In return they pay up to 60,000 ($72,424) to the government annually, ensuring that only the wealthiest can adopt this status.

But in the 2017-18 year, there were an estimated 78,300 individuals claiming non-domiciled taxpayer status in the U.K., according to H.M. Customs & Revenue. That is a 13% fall from the previous years figure.

So what has happened to all those people shedding their non-dom status. First, individuals switching to domiciled status and continuing to pay tax in the U.K. Second, those individuals leaving the U.K. tax system. These effects are roughly equal, says H.M. Customs & Revenue.

This means that roughly 6,000 wealthy individuals have chosen to both leave and stay in the U.K., in equal measure.

This is a concern: Not only are wealthy foreigners a good barometer of the U.K.s economic health, but they contributed nearly 10 billion ($12 billion) in U.K. income tax, capital gains tax and National Insurance between 2016 and 2017.

Now that this is falling, many are asking

Two obvious threats loom for any foreigner in the U.K: Brexit and Corbyn.

Non-doms have been leaving since before the U.K. voted to leave the European Union, however. Their number has dropped by over a third since the 114,800 non-doms H.M. Customs & Revenue registered in 2012-13, three years before the Brexit vote.

But Jeremy Corbyn, the left-leaning leader of the Labour party, remains a threat to non-doms. Not only has he promised to scrap the non-dom status, but his party wants to increase taxes for wealthy throughout the U.K. Corbyn has previously said the rich are on borrowed time.

Mark Dowding, CIO at BlueBay Asset Management, is betting on a 30% probability on there being a Labour-led coalition in government by the end of this year. 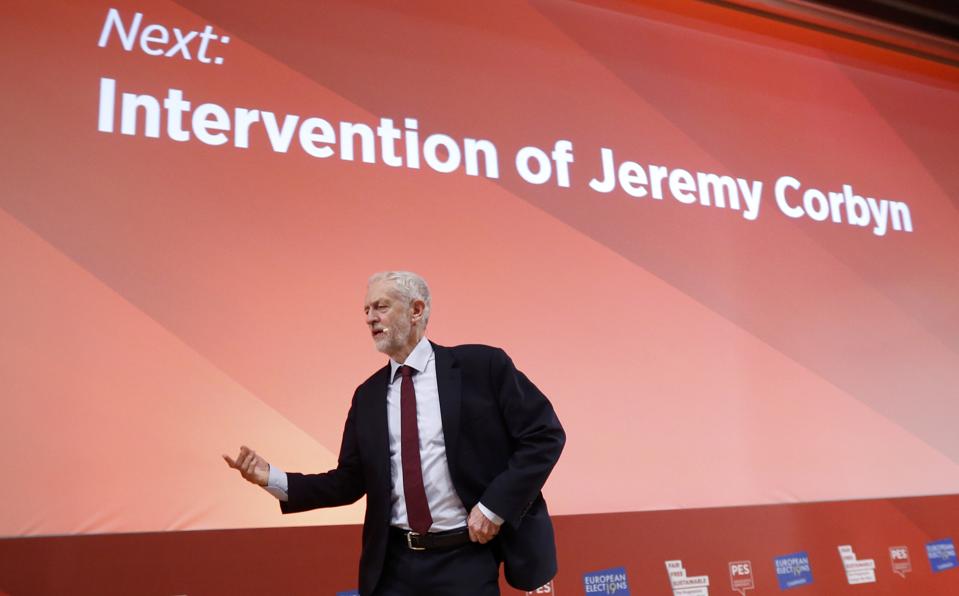 While some are heeding his threat, this is not the real reason why people are giving up the non-dom status, says Roger Gherson, partner and founder at immigration specialists Gherson Solicitors.

The non-doms have not left primarily because of Labour or Corbyn, although this is the tip of the iceberg along with a large number of persons who are domiciled here who will almost certainly leave if Corbyn is elected.

The real reason, Gherson says, are the reforms to the non-dom status that mean individuals have to pay more tax, as well as increasing annual charges and a hefty penalty on non-compliance of offshore assets.

Back in November, accountancy firm Moore Stephens predicted a quarter of all non-doms would leave the U.K. in a years time, due to these charges, which it said could cost up to 200% of tax owed.

Alex Ruffel, partner and international tax expert at Irwin Mitchell Private Wealth points to another reason: The new deemed domicile rule. That means that long term UK residents are treated for tax as if they are not non-doms and so drop out of the non-dom figures even if they continue to live in the U.K.

In our experience, while some long term residents have left the U.K., this has been driven by the new deemed domicile rule and not by Brexit or political changes.

These are the biggest Dow winners and losers after oil spikes

How to pick the best travel rewards credit card

Oil output will be fully back online by end of September, Aramco IPO on track, Saudis say

Your email address will not be published.Required fields are marked*

Going cashless? What to know before you hand a debit card to your children

Oil output will be fully back online by end of September, Aramco IPO on track, Saudis say

20 US cities with the biggest entertainment bang for your buck

How Many Taxpayers Itemize Under Current Law?

A Different Approach to Taxing Digital Services in Malaysia

New Evidence on the Benefits of Full Expensing

States Should Continue to Reform Taxes on Tangible Personal Property

Going cashless? What to know before you hand a debit card to your children